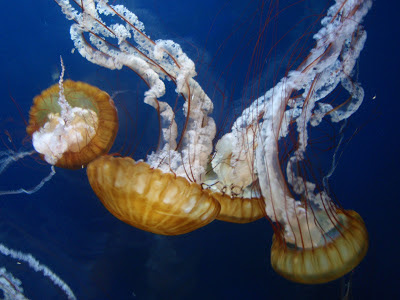 Every once in awhile, I wish I was normal.


No, it wouldn’t be as fun. Normal people have to dress a certain way, and not raise their hand and say anything that their neighbors wouldn’t like. Normal people can be warm and wonderful, but they’re bound by the societal rules pretty much every second of every day.

But surely it would be easier. I get to ignore the rules, dress/think/act how I want to, but in exchange for that I have to figure out everything pretty much on my own. The normal people are in the carefully mowed park, having a picnic, while I’m lost in the deep woods hoping that the berry I’m about to eat isn’t poisonous. Yes, I get to see things no one else can see – secret waterfalls, wild animals, and sunsets designed to bring tears to your eyes. But I also get scratched and desperately, desperately lost.

We don’t wander out into the woods on purpose. The rules sound like an alien language to me, and the years have proven that I am physically incapable of doing things the way that normal people do them. Because of the way I look, because of the way I think, or maybe just some weird pheromone nobody bothers to tell the freaks about, I don’t get the option to do things the way normal people do. The rules are written into your skin, behind your eyes, and those of us who were born unmarked are cast out to fend for ourselves. We have to stumble through without a map.

My brain bends sideways. Some of the most brilliant figures in the arts and sciences have had the same problem, but there’s only so many of us who get to shine that brightly. I’d like to think I have some talents, but I accepted a long time ago that I can’t shine enough to make people forget that there’s something not quite right about me.

I’m not broken. I remind myself of that every day, sometimes every minute, and I try with all my soul to be the best whatever in the world I am that I can possibly be. There’s no shame in being something new. Sometimes, if you’re lucky, there’s even glory in it.

But it’s exhausting always having to forge a trail before you can move even a few feet. It’s exhausting not having anyone to ask what to do next. Forgive me for occasionally wishing that I was in the park, eating boring but beautifully cut sandwiches.
Posted by Jenniffer Wardell at 5:16 PM

Email ThisBlogThis!Share to TwitterShare to FacebookShare to Pinterest
Labels: about me, cluelessness, conversation, freedom, rules