Flash Fiction: A Gift for Management 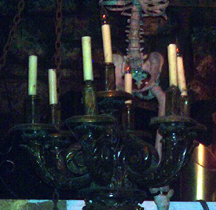 Every tyrannical boss has to start somewhere. Meet Bubbles, years before she becomes the terror extraordinaire of Fairy Godmothers, Inc.


A Gift for Management
By Jenniffer Wardell

When your parents are cruel enough to name you Bubbles, certain professions seem inevitable.

Most of those professions also required the ability to at least pretend to like other people, a talent that Bubbles Applegate neither had nor wanted. What she did have was an obsessive need for order and a glare that could make more fragile souls burst into tears, which eventually led to a job managing the kitchen staff at one of the smaller castles. After a week, she had everything running like clockwork.

During one of the Baroness’s monthly fancy dress balls, however, the clock started breaking down. Her wait staff started disappearing one by one, and when she went to track them down she found them huddled around the coatroom.

A glare from her sent them all scurrying away again, but she caught one young man before he could flee completely. “What was important enough to make you idiots willing to risk my wrath?” she snapped, glaring at her employee.

He swallowed audibly. “There’s someone crying in there,” he stammered. “Big, loud sobs. We wondered if it was the Baroness.”

“If any of you had been listening, she went upstairs an hour ago with a headache. Now go do your job before I fire you.”

Letting the young man run off, she turned her glare to the closed closet door. Pressing an ear against it, she realized that the idiot had been correct about someone crying. Not that she cared, one way or the other, but if that person was still there when people came to get their coats it would make a mess.

Yanking open the door, she was annoyed to find two women crammed into the small space. The crying one was wearing fairy wings and the most ridiculous-looking pink dress Bubbles had ever seen, while the other wore a nightgown and a helpless expression.

Bubbles turned to the more rational of the two. “Is this your Fairy Godmother? Why on earth is she in here instead of presenting you at the party?”

The girl shrugged. “Something went wrong with the dress spell and hour ago, and she can’t seem to fix it. I’ve tried to calm her down, but….”

“Oh, for pity’s sake.” Deciding that the Fairy Godmother was going to be useless for the immediate future, she ushered the girl outside and got one of the pages to fit her into one of the queen’s less fashionable gowns. The witch in charge of the butterfly illusions the queen liked agreed to arrange a little something for the girl’s entrance, and the baron’s son seemed appropriately impressed.

The next morning, she sent a stern letter and a bill for her services to Fairy Godmothers, Inc. They sent her back a job offer.

Posted by Jenniffer Wardell at 9:05 PM No comments: 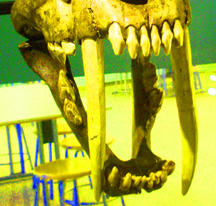 It’s time to get back to that complicated wheel of death, or any of the other ludicrously complicated mechanisms that supervillains repeatedly use in their attempts to slaughter heroes. Though their popularity has been on decline since the 70s and 80s, there are still plenty of our villainous brothers and sisters who still have visions of enormous swinging blades and times flamethrowers dancing through their heads.


I understand the appeal. Rube Goldberg machines that kill are both hilarious and are a great way to display how fiendishly clever you are. They’re a perfect place to use your ominous music soundtrack, and it gives a death scene a bit more flare than the traditional stabbing or shooting. If you’ve chosen to be a themed villain – The Evil Cheeseman, for example (though please, don’t take that as a suggestion) – you can construct a device that matches your theme.


There is, however, a fatal flaw in such devices – the more moving parts something has, the more ways it can disastrously break down.  It’s the same fatal flaw that comes with most of the basic technology in our lives, though there isn’t usually someone whose life depends on making sure your television doesn’t work (unless your family really hates your taste in TV shows).


The more complicated a method you use to kill the hero, the more opportunities they have to throw one last gasp of their powers (or, for that matter, a rock) in just the right place to bring the whole thing to a screeching halt. Or worse, send it crumbling into a big heap that will injure five or six minions in the process.


The hero will sadly, always know where these spots are – either they will be hiding an engineering degree/basic scientific genius you know nothing about, or they will be blessed with an incredibly annoying level of luck that will guide the rock right where it needs to go. Even if you shield the spot – hiding it behind thick metal shielding, for example – the hero will be able to reflect the rock in such a manner that feels as though the universe is conspiring against you.


Another advantage that complicated death devices give the hero is time. Spinning blades and flamethrowers are designed to strike fear into the hero’s heart long before something actually comes along to chop that heart in half – what’s the point of all the show, otherwise? But shows take time, which gives the hero a few precious seconds, minutes, or (in the most complicated devices) hours to come up with a plan to escape and stop your current wicked plot.

The simplest solution to all this is to simply shoot the hero in the head once you have him imprisoned (chest shots are also acceptable, though it will increase the chance of the hero miraculously surviving). If you need to show off your device of death, send the hero’s corpse through, then gather your minions together so you have an appreciative audience.

Posted by Jenniffer Wardell at 11:44 PM No comments: 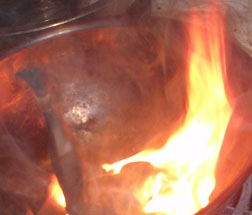 Supervillain Don’ts: Sharing the Evil Plot
We’ve all been there. You have the hero at your mercy, either tied up in some complicated wheel of death or simply bleeding on the ground in front of you. The plan you’ve been slaving over has worked flawlessly, as you knew it would, and you’re only seconds away from crushing the last vestiges of life out of your victim. You NEED the fool to know just how badly you’ve crushed him, to torture him in his final moments by draining him of his last vestiges of hope. Surely it will just make him suffer more if you tell him your wonderful plan, right?
In short, no.  Because the hero is still alive, even if it’s just barely, and you’ve now told him exactly what he needs to do to keep your marvelously evil plan from coming to fruition.
The moment you give the hero this information, something that will inevitably happen that will force you to leave the room for a moment. The universe, and the writers, will demand this, no matter how many times you swear you’d never be one of those idiots who walk away just as the hero is dying. Perhaps your secret fortress will be invaded, or collapse into a flaming heap around you. Perhaps one of your minions will choose this unfortunate moment to be ambitious. Either way, you will leave the room. And the hero will escape, now fully aware of everything you’re about to do.
If you don’t tell the hero, you still might not be able to keep them from escaping. But they’ll have no way to stop your plan (another supervillain don’t: leaving the door to your plotting room unlocked) and you can proceed with your villainy unchecked. It might be fun to boast to the hero when they’re at your mercy, but it’s even more fun when they’re staring at your glorious success. Once the plan is fully completed, you’ll have plenty of leisure time to share your villainous monologue with anyone you’d like.
If you do indeed manage to kill them, your chance to torment them with your plan will have admittedly passed. Your fellow supervillains will still be around, however, and watching them turn green with envy at your evil victory can be remarkably entertaining.
Posted by Jenniffer Wardell at 9:01 PM 2 comments:

Email ThisBlogThis!Share to TwitterShare to FacebookShare to Pinterest
Labels: loss, minions, So You Want to Rule the World, supervillain handbook, world domination 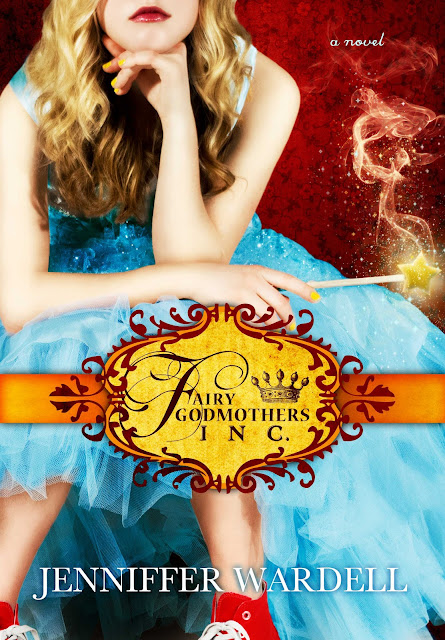 *Dabs at her eyes*

I feel like one of those parents whose kid made it through the Gettysburg Address in the elementary school program. Is that normal?
Posted by Jenniffer Wardell at 10:42 AM No comments:

And here’s a flashback from Jon, our dear Fairy Godmother’s own prince charming (literally – his last name is Charming). 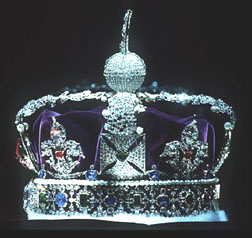 The League of Evil Advisors
By Jenniffer Wardell

Ten-year-old Prince Rupert insisted their tutor was evil, based solely on the man’s thin, twirling mustache. His younger brother Jon told him not to be an idiot – a certain type of facial hair doesn’t mean someone’s a bad guy.


Of course, it also doesn’t mean he isn’t.


Jon turned at the sound, which he hadn’t known anyone actually made in real life. He saw his and Rupert’s tutor standing in a shadowed corner, urging Jon closer. “Your Highness,” the man whispered. “I need to talk to you.”


Sighing, Jon walked toward him. Being a sensible boy, he stopped just out of arms reach.


After making sure no one was around to overhear, the tutor whispered, “Have you ever heard of the League of Evil Advisors?” When the young prince shook his head, the man smiled. “Good. We’re a super-secret brotherhood, and it would be unfortunate if word got around.” He handed Jon a card with the League’s name printed on it in fancy gold script. “I’m here to offer you an official invitation to join.”


“Yes, but you’re the intelligent younger brother of a moron who’s one day going to be running the country you deserve.” The tutor shook his head. Jon suspected he was remembering Rupert’s last homework assignment. “You’re perfect.”

Jon thought about all the evil advisors he’d heard of. His grandmother had kept one for awhile, but that was before Jon had been born. According to her, she’d had to execute the man when he’d tried to assassinate her. “Would I have to kill people?”


The tutor seemed surprised at the question. “Well, that’s normally how it’s done, but I suppose it’s not a requirement. The details would really be left up to you.”


Jon tried to picture overthrowing Rupert. It wouldn’t be all that hard, and if he imprisoned Rupert in a party he didn’t think his brother would really even mind.


But if Jon was king, then he’d have to go to all the other parties. His mother always forced him to wear shiny clothes that made his neck itch.

He shook his head, handing the tutor back the card. “No thank you.”


Jon sighed again. His mother often got like this, but he’d hoped she was the only one. “You know, people who are part of secret leagues really shouldn’t shout like that.”


Then he walked away, leaving his tutor staring after him.
Posted by Jenniffer Wardell at 8:22 PM No comments: