No, that’s not quite true. No one seems to remember the quiet woman. The quiet person of color. The quiet minority of any stripe. No matter what titles are attached to our names, no matter what work we’ve done, we will be forgotten by even the most well-meaning if we let ourselves. Because the world moves by those in power, and all their old instincts tell them that we are supposed to be quiet.

Force them, even if it’s only for a little while, to see you. To hear you.

They will be surprised to see you. You will hear it in their voices, see it in their faces. They had forgotten you were there. They may wish you weren’t there now.

But that doesn’t matter. You must walk into that room certain in the knowledge that this is your place. As if you had been told about the meeting. As if they are waiting for baited breath for what you have to say. Do not dare devalue your voice just because they do.

It may change nothing. In the immediate circumstance, it will probably change nothing. The world is still moved by people in power, and it is easy for them to forget we are here at all. Actually listening to us is another thing entirely.

But speak, even if no one is listening. Raise your voice, and every word you speak will be a testament that we are worth hearing. We are worth remembering. We deserve to be heard.
Posted by Jenniffer Wardell at 3:41 PM No comments:

Email ThisBlogThis!Share to TwitterShare to FacebookShare to Pinterest
Labels: about me, silence, speaking out, women, words 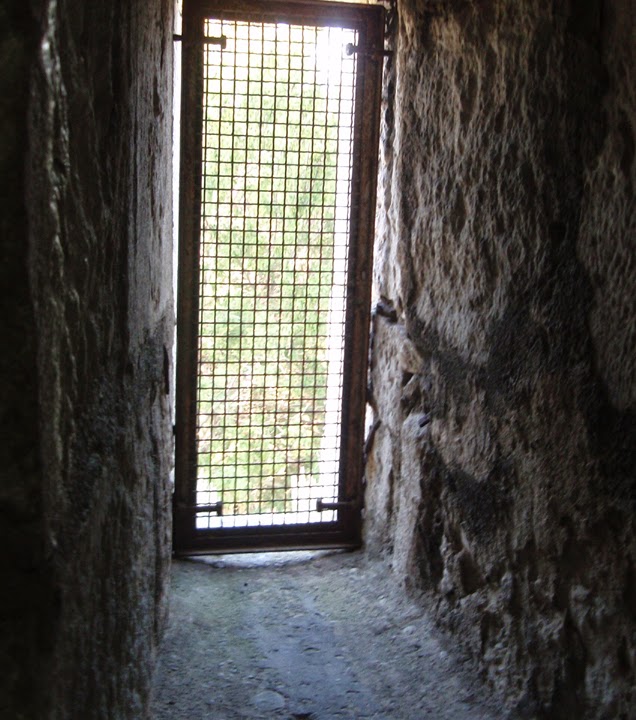 “We don’t have a lot to work with, unfortunately.” Hortensia kept her voice matter-of-fact, and if she was worried I couldn’t see it. “They grabbed our personal magic mirrors, which means there’s no calling the cavalry until we get them back.”

Kate’s expression was grim. “They also took my wand.”

I’d assumed they had – she would have said something before now if she could have just magicked us out of here – but it was another thing we’d have to figure out how to get back. “I’m not sure how useful it would be, anyway. I’m pretty sure they have anti-transport wards….” My voice trailed off as my brain caught up with the real problem. “Oh no.” I looked over at Kate, feeling the panic come back. “Once they figure out they just grabbed their very own Fairy Godmother, they’ll never let you leave.”

Hortensia’s brow lowered. “Why haven’t they already, though? Given how obsessed they are with fairy tale situations, I would think that would be their first guess when they saw your wings and the wand.”

“And even if it’s not, they’ll think I’m a witch or sorceress and I’ll be in nearly as much trouble.” Kate’s jaw tightened. “My best guess is that our things got put somewhere else, and no one’s bothered to look through them yet.”

“Which means we have a lot tighter a deadline than we realized, at least to get our things back.” The kidnappers had my cell phone, which had no signal in this world but might be useful at some point for its strangeness factor. They’d left me with a tube of Chapstick, two tissues, a pen and a flier that someone had stuck on my windshield back in the real world.

Not a lot to engineer a dramatic escape with, even for a writer. Which meant that I needed more to work with.

“Just go with me on this,” I told them, heading toward the door. Then, taking a deep breath, I channeled every con artist character I’d ever written and pounded on the door. When nothing happened, I pounded even harder.

Finally, there was the sound of running footsteps, and a nervous-looking boy carefully opened the door. He couldn’t have been older than 16, and when I smiled brightly at him he flinched. “Did … did you need something?”

Okay, this required a slightly different pitch. I dropped my shoulders, making my voice sound much less certain. “I’m sorry, but I was thinking about how much we’re all going to have to learn to be good secret princesses and I got so worried that we wouldn’t be able to learn it in time.” I lowered my voice a little further. “Could you tell someone we’d really like to get started right now?”

He looked slightly less nervous now, his expression sympathetic. “It is really tough. Even if I hadn’t been disqualified for being a boy, I don’t think I could have….” His voice trailed off, and he squared his shoulders. “I’ll be right back.”

When he was gone, I heard Kate come up behind me. “We’re breaking him out, too, if he wants,” she said softly. “Right?”

I knew she was thinking of Ned, too. “Absolutely.”

Hortensia came up to join us. “If everyone’s in that bad a shape, we should probably just lead a revolution and be done with it.”

We cut the conversation off at the sound of footsteps. The same woman from before was coming down the hallway with that same bright, slightly deranged smile as before, flinging her arms out as if she was about to drag us all into a group hug. “Excellent! I didn’t mention it before because you dears looked a little nervous, but Thomas tells me you’re just itching to get started."

Making a mental note of the kid's name, I put on my best earnest expression and stepped forward. "Absolutely. We're not going to become the best secret princesses we can by just sitting here."

Behind me, I heard Hortensia clear her throat, pretty sure that would have been a discreet elbow jab if she'd been within arm's reach of me, but the woman just clapped her hands together again. "Perfect!" She glanced back at Hortensia and Kate. "Do all three of you feel the same way?"

"Oh, absolutely," Kate said immediately, sounding breathy and dreamy and not at all like herself. "I'd love to be a fairy princess."

There was a beat before Hortensia spoke, voice polite but nearly expressionless. "What they said."

I made another mental note – clearly, the con game was not on Hortensia's list of skills – but the woman didn't care. "Oh, I'm so happy that all of you could join us." She gestured us all out into the hallway, and it took effort to resist the urge to actively run. "Let's get you to your first class."

After she turned, I passed the flier and pen to Kate, mouthing the word "map" before setting off behind the woman. "Will you be teaching it?" I hurried ahead until I was almost walking next to the woman – the less reason she had to turn around, the better. "You seem like you know so much."

She chuckled, and the sound was nearly as unsettling as her smile was. "Oh, aren't you a dear." The woman shook her head, immediately patting her hair back into place. "Sadly, I don't teach anything but a few special classes. I'm Mother Gans, and I oversee our happy little camp."

A camp which, at the moment, consisted of nothing but a second stone hallway and other seemingly locked doors. Creepy, and not even slightly helpful. "Are we in a castle?" I made sure to sound excited, even though all my attention was focused on the tiny slit of a window we were about to pass. "I've never camped in a castle before."

"We're not camping, dear." She patted my head without turning to look at me. "We call it a camp because we hold some of the later classes in tents outside. The introductory classes are in the main rooms downstairs, and the offices and 'introduction' rooms are upstairs."

So freedom was with the advanced classes, but our things were probably upstairs. I slowed my steps enough to move out of Mother Gans's immediate visual range, ducking over to the window and getting up on my tiptoes to get as detailed a look outside as I could.

Trees. So many trees, thick enough that I couldn't see anything but their tops.

Damn it. Clearly, I had written way too many forests into this universe.

As I hurried to rejoin the group, Hortensia moved to take the spot I had vacated. She wasn't a great liar, but she was good at being thorough. "What will be learning in our first class?"

"Oh, the first class isn't really a class, per se. It's more about helping the girls understand the vision of what we're trying to do."

Kate glanced over at me, eyebrows raised questioningly. I hesitated, weighing the need to speed our way up through the classes with finding out whether or not we had any allies here. Even if we didn't have to go the revolutionary route, I couldn't leave a character here who was just as trapped as we were—

I was jerked out of the thought by a white flash in front of me where I knew there shouldn't be one. I scanned the ridiculous, ruffled edge of Mother Gans' blouse, my eyes widening when the fabric slid in just the right way to reveal the tip of a white feather.

I couldn't say for certain without Google in front of me, but it seemed pretty safe to say that it was a goose feather.

Putting my smile back on, I moved to switch places with Hortensia. "I'd love to hear all about it."
Posted by Jenniffer Wardell at 9:07 PM No comments: