A kid in a grown-up’s body

I don’t think I ever really grew up.

Honestly, who would want to? True, it’s always fun to be able to stay up late, and at first glance the toys of adulthood seem far cooler – speeding along an open road in a real car beats Hot Wheels every time. But when you’re an adult you also have to pay for all your toys, and the sheen of a good imagination is always going to make something more impressive than my bank account could match.

And oh, man, there are some cool kids toys that no longer fit my arm. I saw a little girl with a set of claws that actually had a sword attached. While I restrained myself from asking if I could play with it – like I said, it no longer fit my arm – I really, really wanted to.

Which is why I’m pretty sure I haven’t managed the whole “grown up” thing yet. I hold down a job, yes, but that’s really no scarier than school used to be. And I pay bills, but I was also pretty good at turning in my homework. In exchange I still get to happily go to kids movies without worrying about stealing a child for cover, read comic books without trying to argue that they have socio-political subtext, and take advantage of any and all swings I come across.

Sometimes, there’s even someone on the swing next to me. There are fewer grown-ups out there than most people realize.
Posted by Jenniffer Wardell at 8:03 AM No comments:

PBS in my DNA 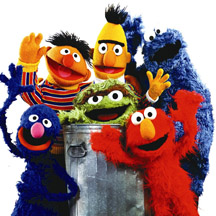 I’m a full-time journalist and about to be a published novelist, and I’m just now realizing how much PBS made me a part of who I am.

My earliest years are a combination of “Sesame Street” and “Mr. Rogers Neighborhood,” both ingrained in me so deeply that lines from different segments will still float through my head occasionally. It’s a standard line now that both shows make education seem fun, but they also taught me things I never found in a textbook. Through those shows, I found out that words have a wonderful rhythm that can be as fun to play with as any toy. I found out that everyone has their own story to share, and you can find out the most wonderful things if you’re just brave enough to ask a question. I learned that it’s okay to be scared, but that things will probably work out if you take a deep breath and jump in.

Then there was Bob Ross. I’ve never really painted, and most certainly not with oils, but when I was a kid he was the only creative person I knew. In a way, he opened up the entire world of creativity for me. You could watch him paint these beautiful, complicated scenes, and he would break it all down into these simple-sounding steps that made it seem like anyone could make something that beautiful and complicated. I know Ross really believed that, and he was warm and encouraging enough to feel like the kindest, most loving teacher in the world. There were no mistakes, only “happy accidents” that you could turn into something wonderful. On a more fundamental level, the fact that he loved what he was doing radiated out of him every second he was onscreen.

Bob Ross might not have succeeded in teaching me how to paint, but he definitely taught me that making something out of nothing is one of the happiest, most welcoming experiences a human being can have. How was I supposed to say no to that?
Posted by Jenniffer Wardell at 8:19 AM No comments: 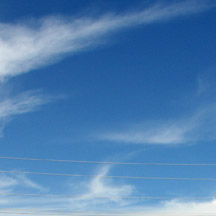 August is the most bittersweet month of the year for students, a desperate attempt to slow down time so those last few days of summer freedom can be appropriately savored.

Even if you liked school you find yourself hating the thought of going back, and so you start trying to partition each moment down to a trickle so you don’t miss anything. At the same time, that first day back in school looms over the top of every moment, making it sweeter and reminding you it’s going to end. It’s passionate, intense, and in the end completely exhausting.

Summers aren’t nearly so exciting when you have a real job, since bosses and the need to pay bills keep you attached to your desk no matter what month of the year it is. One thing it has done, however, is give me back August, which is a perfectly pleasant (if hot) month when I’m not dreading September. The skies are blue, school crossing zones/speed traps haven’t been turned back on yet, and my schedule is starting to clear out. It’s almost relaxing.

Of course, I don’t mention this to the students or teachers I still know. I don’t think they’d appreciate the sentiment.

Posted by Jenniffer Wardell at 8:07 AM No comments:

Sitting at home, it seems obvious which are the best medals to get – gold is better than silver, and silver is better than bronze. But when you watch the faces of the athletes, both as their waiting for their scores and just after they find them out, it doesn’t seem that simple anymore.

Sure, everyone wants to win gold, even if they’ve never been to the Olympics before and it’s a huge accomplishment to simply be in the running. The gold medal is the dream that got them here in the first place, standing on top of the podium with tears streaming down their faces as their national anthem gets pumped in over the loudspeakers (hopefully accurately). And I don’t think there can be anything more agonizing than fourth place, knowing you came so close to recognition but going home empty handed.

With second and third place, however, things become more complicated. Half the time, the person who ends up with the silver medal always seems crushed, either trying hard to look blank for the cameras or openly weeping in what is definitely not joy. Third place, on the other hand, usually seems pretty thrilled, grinning for the cameras with equal measures of relief and delight. Sometimes it’s reversed – bronze medal winners are never happy when they fall from a higher spot, and some silver medal winners have been thrilled – but in general third place seems like a happier spot than second.

I think the difference is where the line was in the athlete’s head. For the bronze medalists, it’s behind them – they did just good enough to make it inside medal territory, and so they feel relieved and proud of themselves. For silver medalists, however, it’s in front of them – they didn’t quite do good enough to win the gold. Their success is technically bigger than that of the bronze medalists, but all they can see is the failure.
Posted by Jenniffer Wardell at 11:34 PM No comments:

The Olympics: sports for the rest of us

The Olympics is like a sports-primer for non-sports fans, giving us just a taste of what all the fuss is about. Normally, we have to duck office conversations every time football (or basketball, or baseball) season comes around, either nodding at what we’re pretty sure are key moments or accepting the confusion of co-workers when we admit that we don’t have a favorite team. Honestly, we don’t know enough about any of them to care.

But during the Olympics, we all have the same home team. And instead of focusing on details of gameplay that make no sense to the sports ignorant, they have crying athletes achieving once-in-a-lifetime victories (or missing them by heartbreaking inches) and mothers sitting in the audience. They have backstories designed to make you care about them as people almost more than as athletes. You have easy-to-understand records (the guy with the most medals wins) and calls from the president.

With all that coming at you, it’s hard for even the most sports-ignorant not to feel some team spirit cropping up. To cheer at a moment so obviously great that even we can understand why. To feel like you know the athletes personally, even though you’ve never met them before in your life.

And for once, we can keep up with sports conversations at the office.
Posted by Jenniffer Wardell at 7:27 AM No comments: