A Handbook for Supervillains: Setting Goals 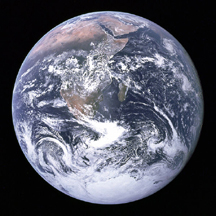 So You Want to Rule the World: A Handbook for Supervillians


Or, Small is the New Big


This may not be as simple as it seems for the beginning supervillain. Sure, everyone says that they want world domination, but is that what they're really looking for? There are a lot more options for a forward thinking individual than current publicity today shows.


There's nothing wrong, of course, with wanting to rule the world. It's a fine goal - one your mother could be proud of, if she was the kind of woman to get a kick out of such things. Many worthy notables in the profession have shared the same goal, including several villains on Wall Street and in the entertainment industry (all bow to the great Oprah). Historical supervillains such as Attila the Hun, Ghengis Kahn, Napolean, and Alexander the Great had similar ambitions, though these later individuals had the advantage of considering the world a much smaller place then we now know it to be, so they had less territory to cover. Still, a villain who chose this as an ultimate goal would be in very worthy company.


The only problem is, they wouldn't be in particularly successful company. Because, though ruling the world is a very nice aspiration for any villain to have, it is an impossible one to actually obtain. There is no way that only one person can control the whole world, no matter how powerful or devilishly good-looking you are.


Yes, yes, I know. Cue the chorus of all supervillain hopefuls currently reading this that want to voice their heated denials to the last statement that I just made. One, two, three - "But I can do it!" There, now that we've gotten that over with, we can stop any attempts on your part to try and prove this to me, and most definitely the gratuitous boasting that is certain to go along with those attempts (not that I disapprove entirely - I myself have participated in gratuitous boasting on several occasions, and generally find it very relaxing. Now, however, is not the time), jumping right to the point where I explain why all of you are wrong.


Unless you happen to be fortunate enough to lead an alien race who sees earthlings as lower life forms and is conveniently equipped with a large and scary fleet of very well-armed spaceships (in which case, you would technically not be considered a supervillain - more like an impartial enslaving and destructive force. Most aliens aren't allowed to enjoy world domination, a stigma which will be discussed later), the entire world is simply too large a territory for one supervillain to keep an eye on. And it's impossible to truly be the complete ruler of any area unless you can be exactly certain what's going on in every area of it. The often used phrase "information is power" may be a cliche, but that doesn't mean it doesn't know what it's talking about. This is particularly true when one has to deal with pesky resistance movements.


There's no need to be upset, though. Just sit down on your great and dreadful thrones for a minute and think about this. Do you really want to rule the entire world? Or do you simply want a large enough chunk of it to keep you supplied with money, love slaves or your chosen gender, and people willing to cower and/or bow in front of you? It’s as easy to steal what you want as it is to order it handed over to you, and in small territories there’s no place for those annoying heroes to hide a secret army.


When you rule a small territory (such as a floating island or terrifying mountains stronghold) you get to lounge about and enjoy your evilness. Conquer something much bigger than that, however, and you actually have to spend time managing your holdings. That my evil young supervillain hopefuls, is code for paperwork. And if we wanted to deal with paperwork, we wouldn’t have bothered with becoming supervillains in the first place, would we?


Next: Choosing a Persona, or Step Away From the Spandex
Posted by Jenniffer Wardell at 8:24 AM No comments:

So You Want to Rule the World: Introduction 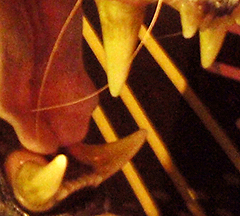 
- A handbook for supervillains


Everyone who has gone through high school knows that, while that point in the educational system is very focused on future career opportunities, there are certain vocations that counselors just aren't willing to cover. Injuring yourself in viral videos, for one thing, or becoming one of those poor costumed creatures you see on street corners.

One of the most ignored professions, however, is that of the supervillain. No class offers the barest hint of instruction to ease a student's way into this well-established but generally unrewarding field. Even counselors are unwilling to mention this field to students when they are trying out various career fields. Whether this is done out of ignorance or outright malice is uncertain, but either way it keeps precious new blood out of the field and causes the profession to stagnate.


The educational system, however, is not the only one to blame for this lack of awareness. No one seems to be willing to guide young supervillains through the challenges and unexpected pitfalls that come with the business, or continue to educate established villains that their skills might remain fresh.


So here it is, the complete guide to being the best supervillain you can possibly be. Whether you are trying to perform your crimes despite the harassment of a fully licensed superhero or a karate master who works as a fry cook in between bouts of rampant heroism, these ideas may actually help you win (or at least look less pathetic as you lose).


Note: For the purposes of this book, the term villain and supervillain will be interchangeable. Technically, there are several differences between the two, with a certain higher scope of evil generally being attributed to supervillains, as well as a tragic fondness for unfortunately-colored spandex. But the strict use of the word supervillain might be somewhat off-putting to certain suit-wearing evil individuals who have as much potential for a grand power play as their more gaily costumed brethren (also, I fear their lawyers). Besides, the word villain doesn't take as long to type.


Next up: Setting Goals, or Small is the New Big
Posted by Jenniffer Wardell at 7:26 AM No comments:

Email ThisBlogThis!Share to TwitterShare to FacebookShare to Pinterest
Labels: characters, fiction, imagination, pretend, So You Want to Rule the World, supervillain handbook 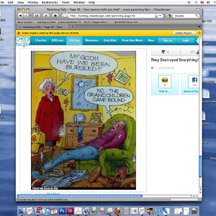 The Internet is like the ultimate lure and containment trap.

First, you have the lure. Generally, the lure you’d use would depend on what you were hoping to catch – certain fish respond better to certain bait. But the Internet is so massive it has no need to limit itself – there are YouTube clips of idiots falling off high places, endless discussions about esoteric points in obscure sci-fi movies, make-up tutorials, visual homages to Edward Cullen’s supposed magnificence, and cat videos. If you have an interest, someone online has put up a page going into way more detail about it than you ever imagined possible.

Once they have you drawn in, they start to disorient you. Sometimes the initial site can do this – message boards are both great for long conversations that will suck up hours without you realizing it – but the real power is in the links. Like a little trail of electronic breadcrumbs, they lead you deeper and deeper into the maze of websites full of distracting information and shiny pictures. Hours later, you have no memory of what you had initially meant to do or what is going on in the world outside of the computer screen. Worse, you don’t want to leave the magic computer screen, because it’s constantly rewarding you with some new factoid or bright spangly every few clicks. You’re happy in the trap, and wouldn’t leave if you could.

The question is, who’s trapping us? The simple answer is corporations, but your average business executive just isn’t that clever. My vote is our future alien overlords.
Posted by Jenniffer Wardell at 2:23 PM No comments:

Keeping it all in the air

I’m in awe of those people who can do 20 different things at once, whether through meticulous organization or some secret superpower somehow manage to juggle complex work responsibilities with keeping a car and home together. And if they have children … whew. Each kid is a complex juggling act on its own, with new surprises constantly being thrown at your head every five minutes.

For me, I can barely manage just myself. I’m pretty good at getting my stories in on time and making sure the newspaper gets together – as far as I can tell, layout is kind of my version of knitting – and there’s always time to go back and edit unruly novel characters back into some semblance of order. But everything else – keeping my car functioning, making sure I have food in the fridge so I don’t constantly give in to takeout, keep an eye on my seriously depressed and potentially suicidal bank account, making sure I look like a functional member of society – is exhausting. And I know I’ve got maybe four, five balls in the air, tops.

So for those of you doing complex routines with responsibilities that would be twenty balls, four chainsaws, and a matching sofa and loveseat, my hats off to you. If the world was at all fair, you would be hearing constant riotous applause from those of us in awe of your dexterity and determination.
Posted by Jenniffer Wardell at 8:19 AM No comments: