So, I have a little bit of a confession to make - I love fancasts, especially for my own writing. Because I'm great at knowing what the inside of a character's head is like - I can tell you all about their complicated relationship with their families, what their stance on a certain issue/situation would be, and possibly even share a hilarious childhood memory or two if you ask - but I'm not that great on picturing the exact arrangement of their facial features in my head.

So I'm starting fancasts for my latest book, "Dreamless," because I like having the pictures in my head and thought maybe you would to. I'm also including a brief explanation as to why I made each choice, because as a movie critic I know that looks are far from the only indicator of whether a person is the right fit for a role. As always, I welcome any arguments or alternate suggestions. 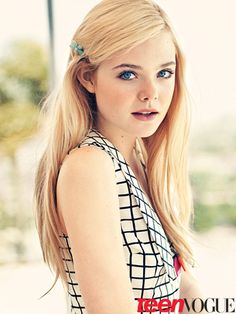 This was, surprisingly, my simplest choice, though I'll admit that (other than the hair) it came as something of a surprise to me. Still, it's a perfect fit - she looks like she has too much knowledge behind her eyes, and there's (red carpet) photographic proof that she can do Elena's "ice queen" routine with the best of them. But whens she smiles she looks really young, light and happy, and I think she'd do a really good job in those moments when Elena is allowed to tap into that. Also, she's actually 18, and I really didn't want to fall into that trap of casting a 25 year old as an 18 year old. 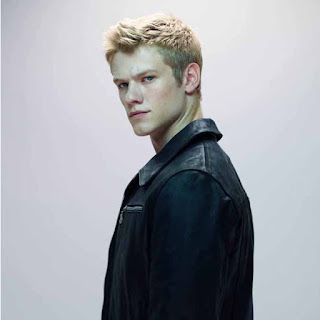 This was actually a considerably harder choice. Though Till is older than I would have preferred (26), I can't think of another young actor that I know of who could pull off Cam's easygoing charm, his attempt to make it look like he doesn't care about anything, and the deep anger and emotional commitment he's also capable of. Also, I believe he could play a harassed little brother as well as a responsible older brother, which you'll find out is important when you meet Cam's family. 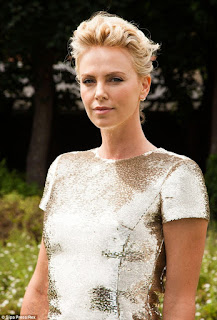 I know that Theron has been making her mark as an evil queen in movies lately, but I think she could pull off a good queen as well (and besides, Illiana did study to be an evil sorceress at one point). Elena's mom has a lot of emotion she has to deal with throughout the story - her grief over her husband, her complicated relationship with her daughter, her super complicated relationship with her older sister, the stresses of queening all on your own - and Theron has proven in various movies over the years that she can pull it off. Also, as you can see, she has the regal stare thing down.

(Note: For those of you who pay attention to things like what the author says the hair color of various characters is - not that you have to, I myself blithely ignore it in several of my favorite books - "Dreamless" sort of became my "book of the blonds." I realized I didn't write many blond characters, and then look what happened.

It wasn't until the book was published that I realized I also wrote a lot of white characters, a fact that I addressed in my e-book "Two Left Feet" - out now, by the way - and in the full-length novel I'm currently working on, "Piper's Song.")

There are several other significant characters in the story, so more of these will be coming.

Posted by Jenniffer Wardell at 1:46 PM No comments:

Talk to me, people

What do I have to do to get you folks to start posting reviews of my books? I don't need them to be fancy - just star ratings, either on Goodreads, Amazon or Barnes & Noble. On Amazon you can post a review if you're signed in to your account,and with Goodreads you can even sign in with your Facebook account. It doesn't have to be anything fancy - just a star rating and a few words on what you thought about the book. Even a sentence would do it.

I'm serious - these reviews can mean life or death for an indie author. I am begging you all on my hands and knees. I will bribe you if you want - just tell me what kind of treats you want me to give you. "Two Left Feet" has ZERO reviews at the moment. ZERO! Please. Just take a minute or two out of your day. Anything would be welcome.

EDIT: The search links for both "Dreamless" and "Two Left Feet" have been fixed on their Goodreads description pages. If anyone runs into any more troubles, please let me know.

Posted by Jenniffer Wardell at 11:37 PM No comments: