Update on the future of "Dreamless" 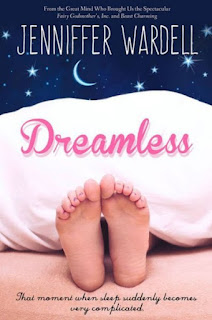 "Dreamless" never got a fair shake from the beginning. Released just as Jolly Fish was in its death throes, my poor book was supposed to be released in spring 2016 but didn't actually come out until the fall. There was hardly any publicity for the first release, and the delay (which Jolly Fish's original leadership never told anyone about) killed what little momentum was generated. Discouraged, I stopped my own attempts to generate some publicity for the book. On top of that, the cover was nothing like my other books and didn't actually represent the story inside.

Admittedly, my first chapter also needed some work, and looking back I should have given the whole thing at least one more good hard edit. Still, the book did manage to win an award despite its failings, though that wasn't enough to get its name out there.

Still, both "Dreamless" and I are getting a second chance. Northstar reverted both the print and ebook rights back to me, which means that it's going to not be for sale for a little while I find an awesome new cover and give it the magnificent spit-and-polish the story deserves. Then, with a final tweak to the name - it'll be "Sleepless" now, instead of "Dreamless" - I'll re-release the title as a $5 ebook and make plans for a physical printing depending on demand.

"Dreamless" is dead, but rest assured that "Sleepless" will live on.
Posted by Jenniffer Wardell at 11:30 AM