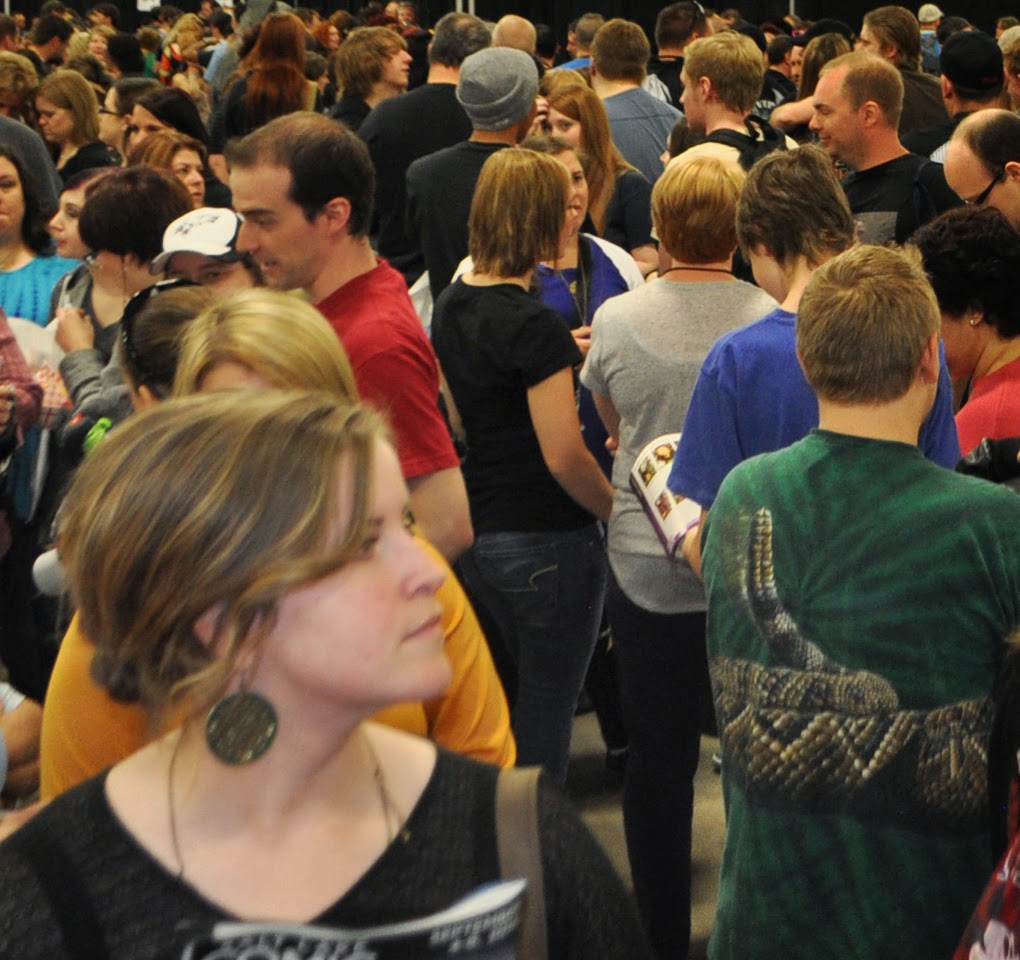 I still don't know how to talk to strangers.

It's probably incredibly embarrassing that I'm a fully grown adult and haven't managed to figure this out yet, but I haven't yet been brave enough to ask anyone about it who might actually give me an impartial answer. See, I'm great at talking to my family and friends, because they already know exactly how weird I am. They've listened to me rant about a character who isn't doing what I want them to, or about how the dialogue in a particular movie was so terrible that it caused me physical pain, and they're still willing to associate with me.

But people I don't know well ... that's another story. I'm paralyzed every time I try to open my mouth, so used to my own eccentricities that I'm no longer sure where the line is between "Oh, how eccentrically charming" and "There's something wrong with you." I either say too much and end up looking nuts, or I say too little and sound like the most boring and unopinionated person on the planet. I've been trying to balance the two for decades now, and though I've occasionally managed to hit the sweet spot I mostly end up landing firmly in "Why did you do that?" territory.

The awful thing is that I'm a journalist, so talking to people I don't know well is literally my job. There, though, it's almost easier than it is in day-to-day conversation, since I don't have to talk about myself at all. The entire purpose of my job is to find out about the people I'm interviewing, and I'm curious enough that I'm fantastic about asking questions. The fact that I'm terrible at answering them never comes up.

So I talk to people for a living, but when I stand next to a stranger at a party I'm absolutely paralyzed. I've tried to steal from work and just ask them a ton of questions, but apparently in social situations that's weird, too. They always want to know why I want to know so much about them, and I haven't yet figured out a normal way to say "It's so much easier than talking about me."

So I'll keep guessing, and probably keep missing the balance by a mile. If you're ever one of the people caught in the crossfire, I'd like to apologize in advance.

I hope I don't scare you away.
Posted by Jenniffer Wardell at 12:11 PM

Email ThisBlogThis!Share to TwitterShare to FacebookShare to Pinterest
Labels: about me, angst, conversation, Getting to Know You, mind