One consonant the more, one vowell the less 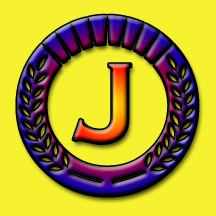 Hardly anyone spells my name right. The truth is, I can’t even blame them for it – I’ve never run into another Jenniffer who’s rocking both two ns and two fs. It’s a small naming flourish – if I’d been born now, my dad might have tried to name me Apple – but it’s marked me as different since the moment I was born. My name stood out from all of the other Jennifers that filled my elementary school classes, and my quiet insistence on making sure people remembered every one of my additional letters made me stand out as well.

My name isn’t the only thing that makes me different, but over the years it’s become a subtle but important symbol of the individuality I cling to so fiercely. In a way, that second f has helped make me who I am.

So when I discovered my editors subtly changed the name of one of my characters, it felt very odd. They were right to – apparently, when you shorted Jonathan it’s got to be Jon, and John is an entirely separate name. But I’d been calling him John for years, and something of that very common, solid-sounding name had leached into how I viewed him. John doesn’t sound very flashy, and I imagined
he probably got dismissed a lot.

When you take out the h, however, the name somehow becomes more modern. Even more elegant, at least in my eyes. Though it’s ludicrous, I think just a little bit differently about someone who spells their name Jon instead of John (this is probably Jon Stewart’s fault, now that I think about it). My Jon, a prince, is the kind of person that deserves the more elegant version of his name. Had I been dismissing him myself by saddling him with the more boring version?

Even if I was, Jon luckily forgives me. And from now on, I’ll give him the samecredit my second f  gives me.
Posted by Jenniffer Wardell at 11:02 PM