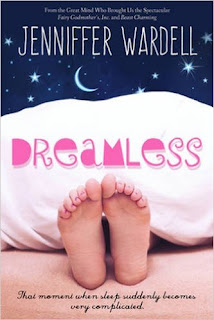 So, apparently luck doesn't hold forever when it comes to covers.

This is the cover of my new book, "Dreamless," which is set in the same universe as "Fairy Godmothers, Inc." and "Beast Charming." As you might guess from the unconscious woman, this time I'm playing with "Sleeping Beauty."

This is definitely my least favorite cover, not because it's not cute but because it looks like it's advertising the kind of romantic comedy that would have starred Meg Ryan had it been released in the mid-90s. As those who have read my previous books, know, my romantic comedies are both darker and distinctly quirkier than that, so I'd like to apologize in advance for anyone who considers this false advertising.

What do you folks think?

(I'm still looking for original art I can use for advertising, by the way. Anything you'd be interested in sending would be incredibly welcome and fully credited to you.)

More about the book:

For most princesses, a sleeping curse means a few inconvenient weeks unconscious followed by a happily-ever-after with their true love. Seventeen-year-old Elena's curse, however, was designed without a cure, which means that she's getting a century-long nap for her 18th birthday whether she wants it or not. After years of study she's still no closer to finding a cure, even with the help of an undead godfather and an enchanted mirror-turned-therapist. With only a year until the deadline she's learned to accept her fate.

Sadly, there's one prince who doesn't seem to have gotten the memo and who’s continually trying to activate the curse so he can be the one to wake her up again. Only slightly less annoying is Cam, her new bodyguard and former childhood acquaintance who disagrees with Elena at pretty much every turn. When the curse threatens to come early, however, they both realize that fate is a lot more complicated than they'd ever imagined.

"Dreamless" is set to be released March 15. Find it on Amazon.com.
Posted by Jenniffer Wardell at 1:10 PM No comments:

Here's a little something from the most recent chapter of what I'm working on right now. I should maybe apologize....


Jess hadn't quite been lying when she said Crispin wasn't going to kill her.

It was more like an exaggeration, really. It made sense that he wouldn't kill her – he couldn't get a power boost off her death, and if he put any thought into it Crispin would realize she was no use to him dead. He needed a captive audience too badly, and the fact that she habitually insulted him would only make her subjugation that much sweeter. Killing her would stop all his fun way too quickly.
Of course, the fact that Crispin had turned out to be an insane killer pretty much threw her entire ability to read people into question. And even if she was right, there were any number of incredibly painful things Crispin could try that wouldn't technically kill her.

But as long as Thomas stayed in the shadows, as long as he was as safe as she could possibly make him, she'd accept "technically."

Keeping her eyes fixed on Crispin, she took a few more casual-looking steps forward. She couldn't let herself even glance over at Thomas's hiding place, and the further she was out of range the easier that would be. "So, I'm still a little fuzzy on the details," she said, seemingly ignoring the threat he'd just delivered. "Clearly you're a sorcerer now, which I'm sure is very exciting for you, but it seems like a relatively new development. Did you discover your parents were secretly evil sorcerers? Pick up a new skill while taking night classes?"

Crispin narrowed his eyes at her, clearly annoyed that she wasn't more impressed. He didn’t look like he had either the cloak or scythe activated, but if Thomas was right he wouldn’t need either to cause her damage. "I could kill you at any moment, you know.” He tightened his hand around the ID, making it even more impossible to read any information off of it, then muttered something as light started glowing around his fingers. There was an instant for Jess to wonder whether dodging would do any good, then he flicked his fingers at her. “I have more than enough power left in me for one little waste of space.”

Searing pain suddenly shot across her upper arm, and she wasn’t quite able to swallow the pained sound completely. She doubled over, gritting her teeth as she slapped a hand over the now-burned skin. Out of the corner of her eye, she could see movement in Thomas’s alleyway, and she squeezed her eyes shut for a second and silently begged him to stay where he was.
Posted by Jenniffer Wardell at 8:52 PM No comments: 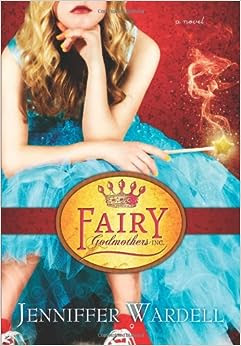